Chances are, you’ve never seen the inside of something like this. Now, thanks to new technology, we have the opportunity to astound our senses.

If you live in the United States, you’ve undoubtedly heard about California’s struggles with water. But for the first time in almost a decade, California is finally drought-free!

The end of this historic 7-year drought marks the beginning of something amazing–full lakes and reservoirs. Thanks to record amounts of rainfall in January and February, water sources from Northern California to Sierra Nevada are filled to the brim.

If you live in California, you will surely be celebrating the end of such a devastating drought. And what better way to celebrate than by visiting one of California’s greatest watery wonders: the Lake Berryessa ‘Glory Hole’? The 72-foot-wide glory hole, located near the Lake’s 304-foot dam, is truly a site to behold.

When the lake is not at peak capacity, you can see the structure above the waterline. 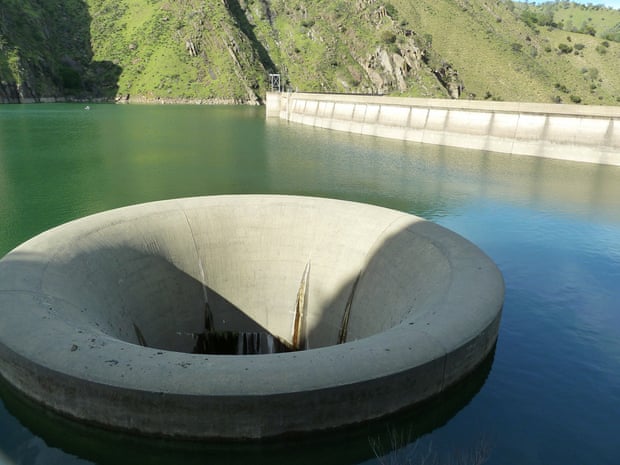 Measuring 18-stories deep, the glory hole keeps Lake Berryessa from overflowing by emptying excess water into the Putah Creek. Because of the hole’s unique funnel shape, the draining water swirls down into the lake in a most spectacular fashion.

Lake Berryessa, located in Napa, California, is the 7th-largest man-made lake. But much like many other lakes during the drought, Lake Berryessa began to dry out.

Because of dry lake conditions, the glory hole has been out of commission for over a decade. But thanks to recent rain, the hole is once again working in full-force,emptying water from the Lake in a breathtaking whirl. 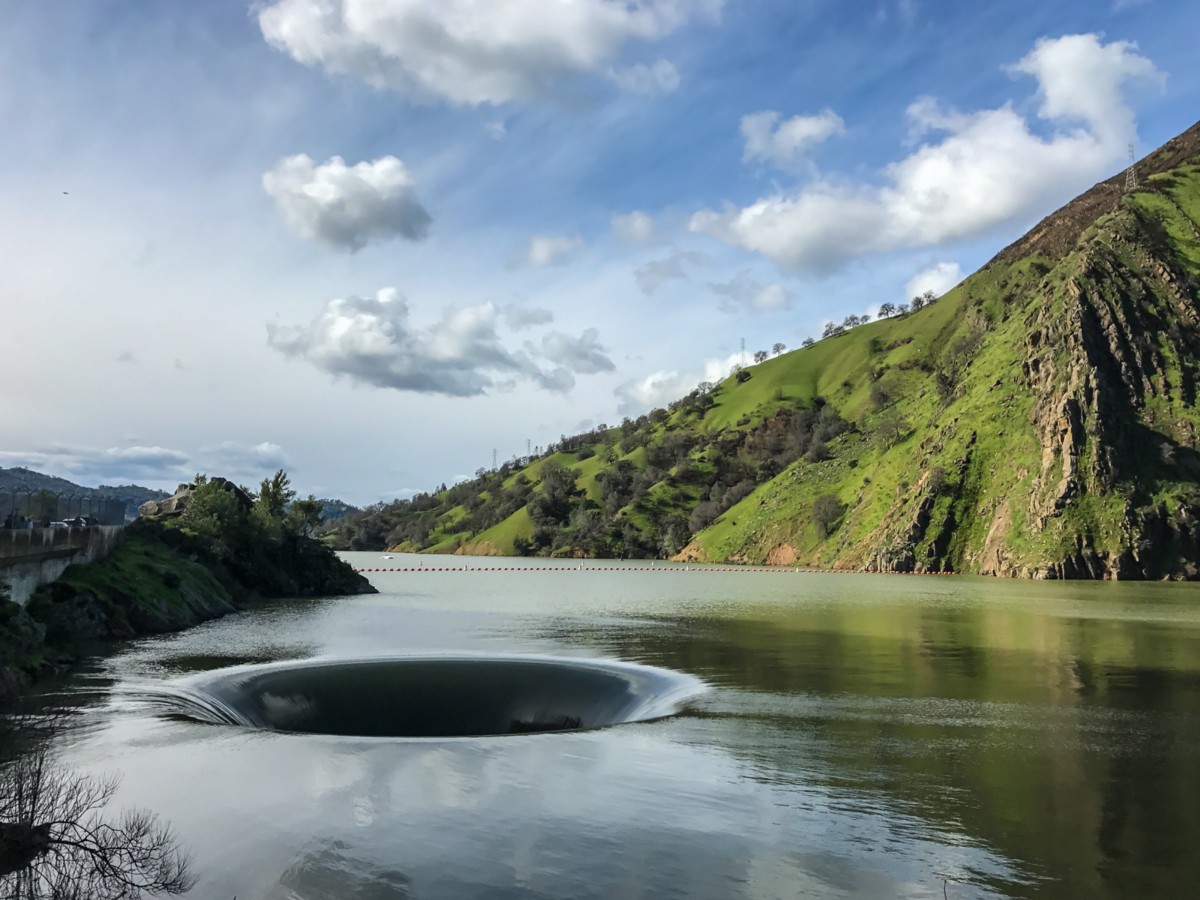 Glory Hole wasn’t designed to spill over on a regular basis, though it has twice in the past two years, and previously in 2006 and 1996. The US Bureau of Reclamation built the hole in 1957 to take in water for storm events that it expected would occur every 50 years or so.

While the lake is a popular boating area, it’s not likely anyone would accidentally slip into Glory Hole. The bell-mouth spillway can swallow up lake water at a rate of 48,000 cubic ft per second, but there’s not much suction to pull boats toward it. A buoy line also floats around it and Bureau of Reclamation rangers check it regularly. It’s also illegal for recreators to approach Glory Hole, since laws prohibit boaters from traveling near dams, such as the one next to spillway.

However in previous overspills one swimmer was in fact sucked into Glory Hole, disappearing into its watery depths in 1997. So…don’t go swimming there during a very rainy season.

Don’t live in California but wish you could see the glory hole in action? Well now you can! YouTuber Evan K recorded magnificent drone footage of the lake, capturing the hole in all its glory. This rare footage shows just how mighty nature can be.