If you were to watch video of the Earth’s surface on high speed, a million year’s worth of time would look a lot like a pot of boiling soup. Earthquakes, volcanoes, and other geological events mean our planet’s crust is in a constant state of motion.

All this activity leads to an infinite range of strange results, including Lake Kaindy which sits high up in the Tian Shan Mountains of Kazakhstan.

It’s here where a 1911 7.7 magnitude earthquake triggered a landslide that sealed off a valley filled with fir trees. Over time that limestone bowl filled up with rain water that never evaporated.

A century later and those fir trees are now completely submerged. What makes this situation so surreal is due to the lake’s position 6,500 feet above sea level, the lake’s frigid temperatures, and the high mineral content in the water, the needles are still surviving on the branches, while the tips of the trees have become petrified and now resemble the roots. 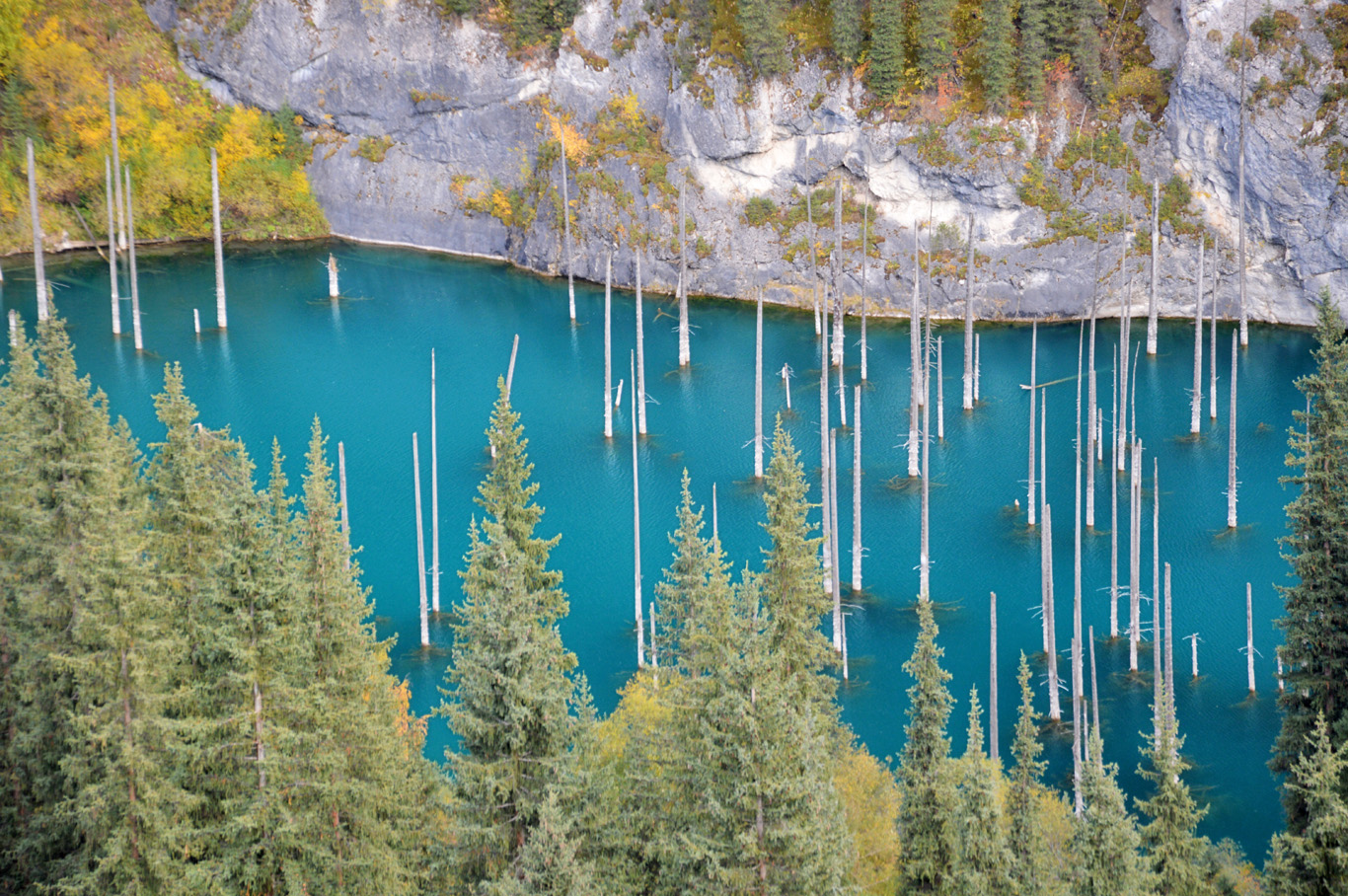 Although the surface of the lake looks strange enough, the lake’s true jaw-dropping beauty is hidden beneath the surface.

Lake Kaindy attracts scuba divers from around the world who come to see the alien-like upside down trees. 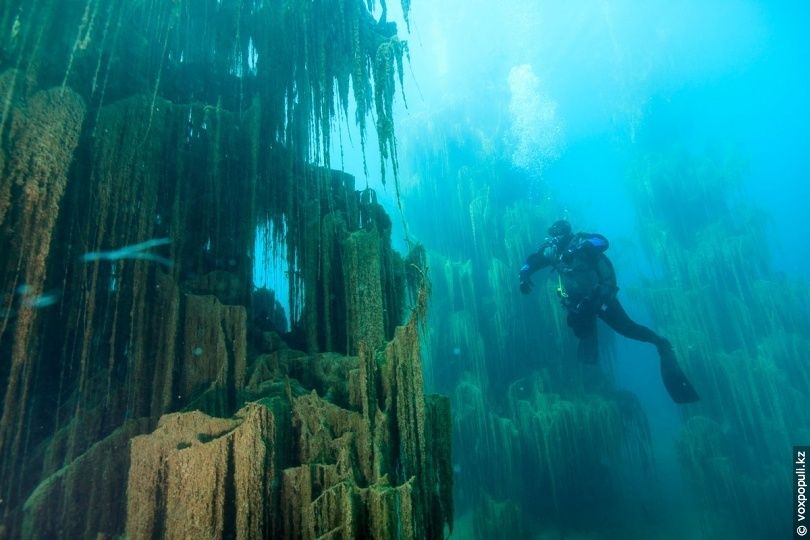 The lake is famous for the number of dead and bleached spruce trees that stick out of the water – remnants of the trees that were flooded when the lake was formed.

The trees, together with the improbable turquoise water of the lake, make an incredibly scenic sight. Underwater, the imagery is even more stunning, as the trees have not decomposed and create the surreal vision of an underwater forest. 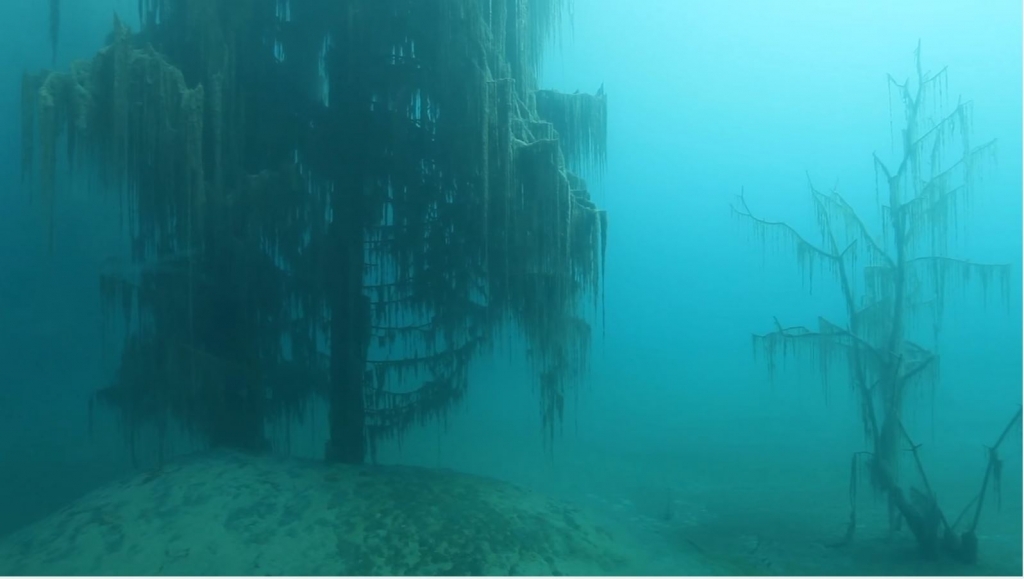 Surprisingly, the lake sees few visitors, partly because Kaindy Lake is overshadowed by the more famous Bolshoe Almatinskoe Lake and the Kolsay Lakes, all of which are close by, but far easier to reach from Almaty. Thus, despite its proximity to a city with a population of more than one million, the lake retains a peaceful atmosphere. 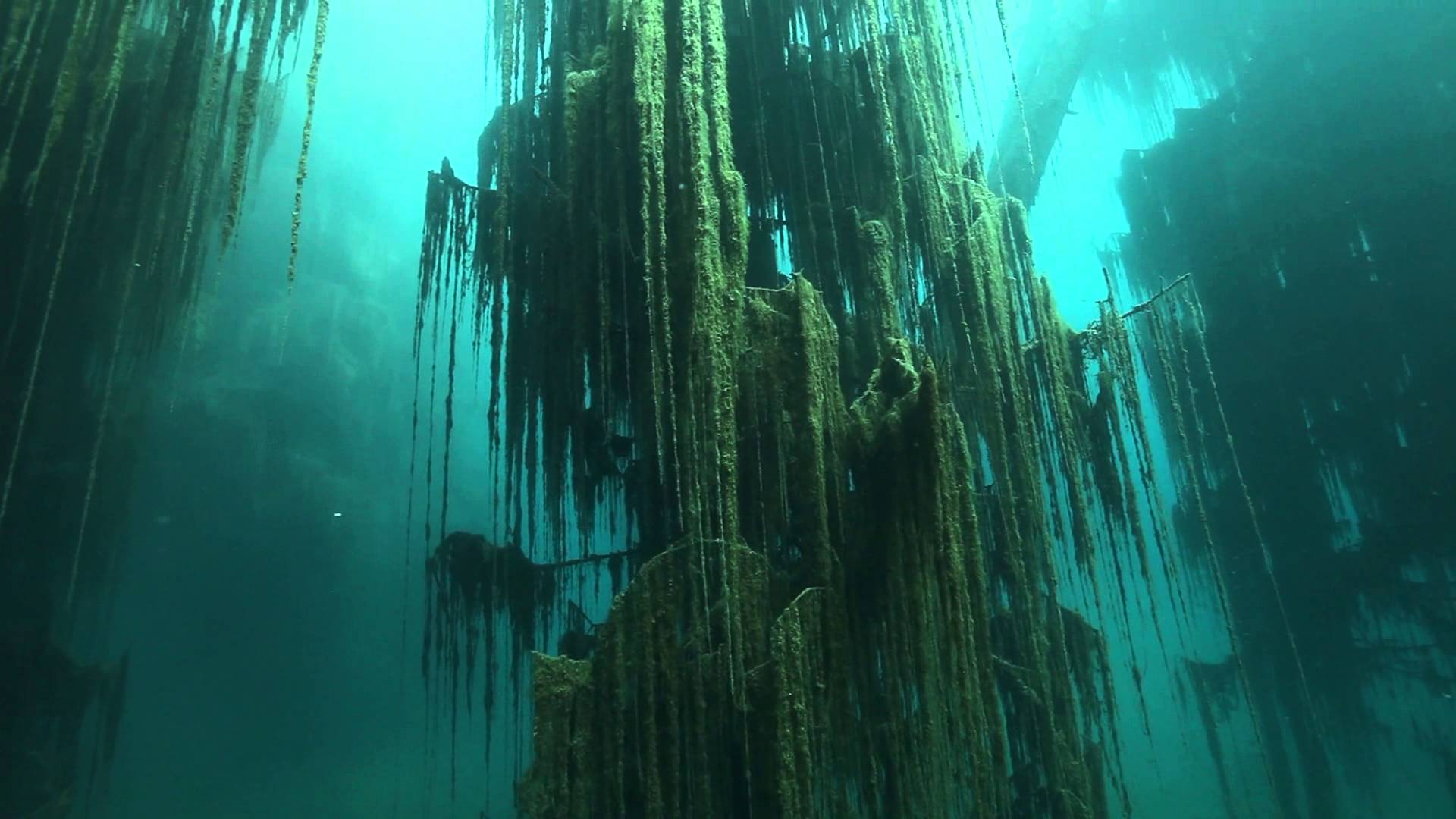 If you want to go:

This lake is located in the canyon to the east of the Kolsay Lakes. Drive up to Zhalanash, the Regional Center, to the east of Almaty (turn to the right off the Narynkol highway just before reaching the Charyn River). Head from Zhalanash up to the Saty settlement in the west. This settlement is located 320km from Almaty. Turn left on the dirt road one kilometer before the village, by a cemetery. This road brings you up to the lake, but only a vehicle built for rougher terrain will make it. The lake is located in forested country.