Seasteading Institute says it will start building a brand new type of country within two years before setting sail. It hopes free-thinking people will then build thousands of similar seaborne nations.

A group called The Seasteading Institute is planning to start building a city on a seaborne platform in 2019. 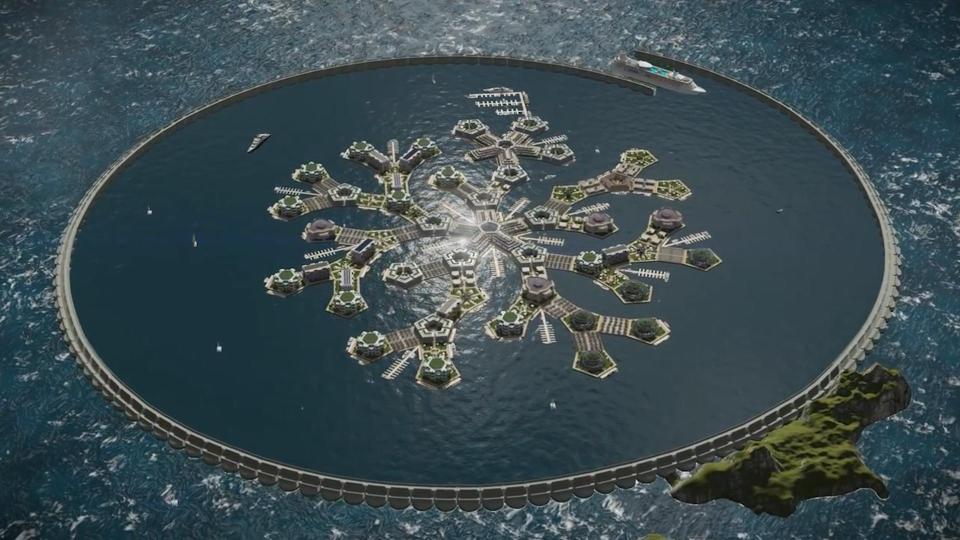 The Seasteading Institute hope to begin construction in 2019 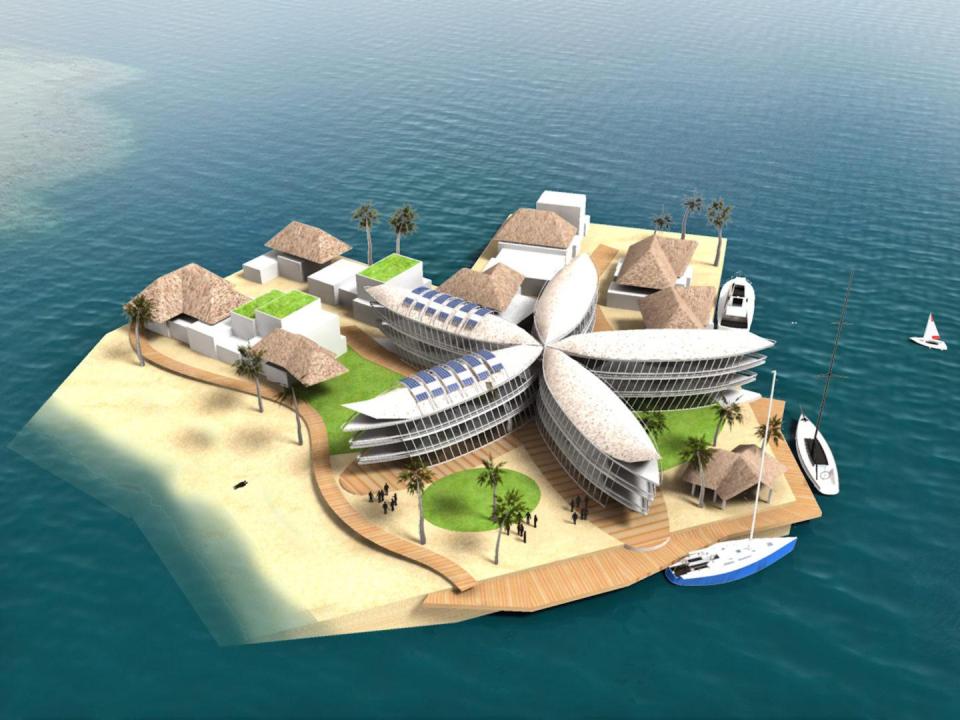 This is one vision of how an island might look

The US firm has signed an agreement with the French Polynesia’s government and is backed by PayPal founder Peter Thiel.

Joe Quirk, president of the Seasteading Institute, hopes that thousands of floating nations will set sail by 2050, populated by people who want to set their own rules and live free of meddlesome bosses, politicians and bureaucrats.

He previously set out his vision in a book called “Seasteading: How Floating Nations Will Restore The Environment, Enrich The Poor, Cure The Sick and Liberate Humanity From Politicians.” 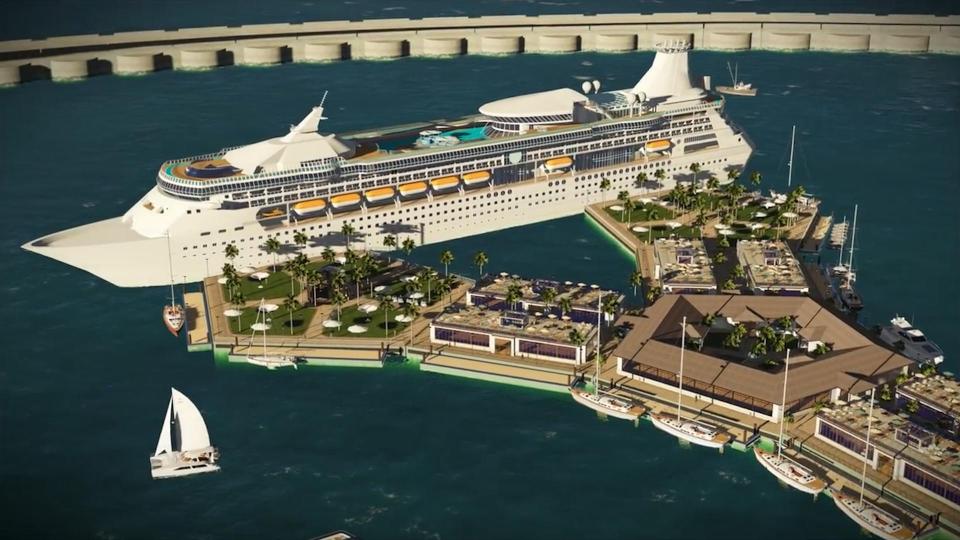 ‘They’re stuck in previous centuries. That’s because land incentivises a violent monopoly to control it.”

Construction experts at the Seasteading Institute have spent five years in trying to work out how to build “permanent, innovative communities floating at sea”.

Rising sea levels pose a threat to the 118 islands which form French Polynesia.

Further investigations into the economic, environmental and legal impact of the scheme are now due to take place. 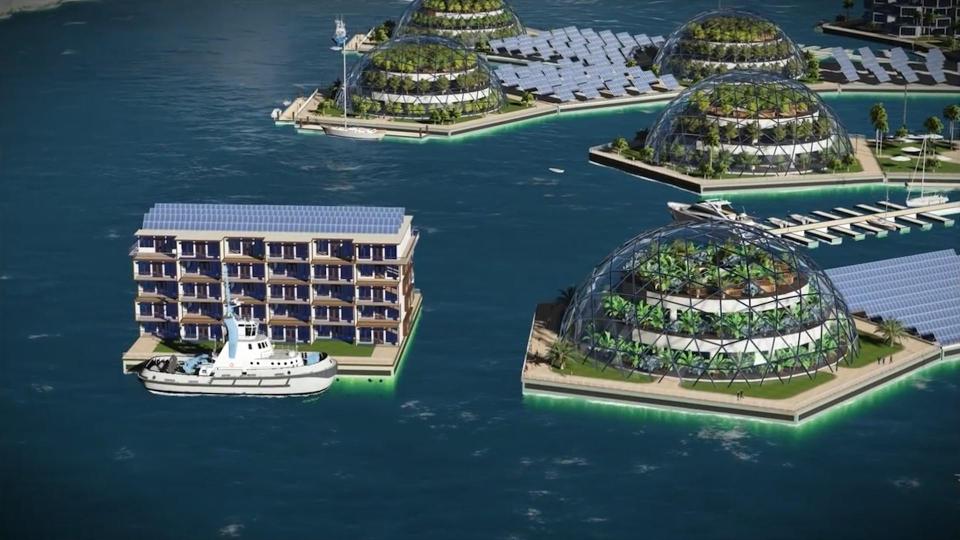 The futuristic island will be built in the Pacific Ocean

Randolph Hencken, executive director of the institute, previously said: “What we’re interested in is societal choice and having a location where we can try things that haven’t been tried before.

“I don’t think it will be that dramatically radical in the first renditions.

“We were looking for sheltered waters, we don’t want to be out in the open ocean – it’s technologically possible but economically outrageous to afford. 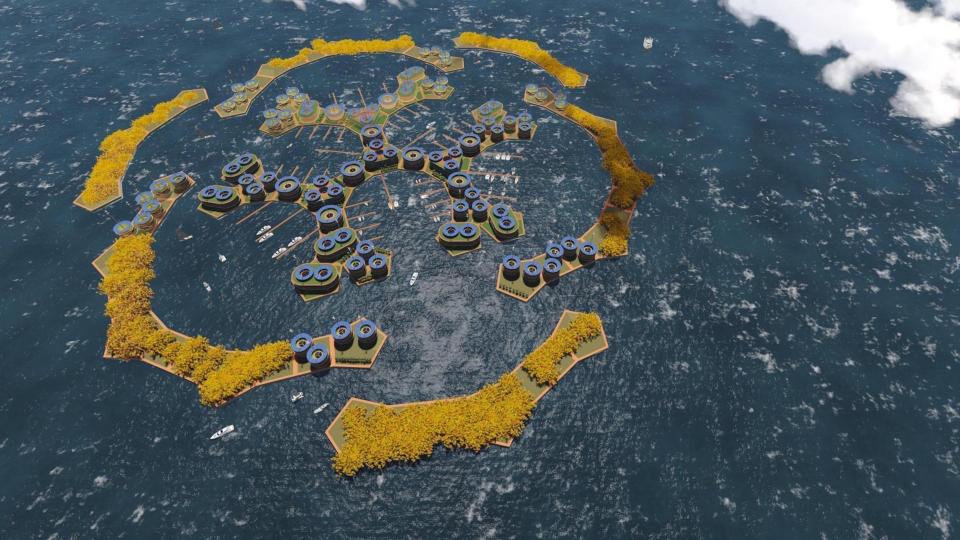 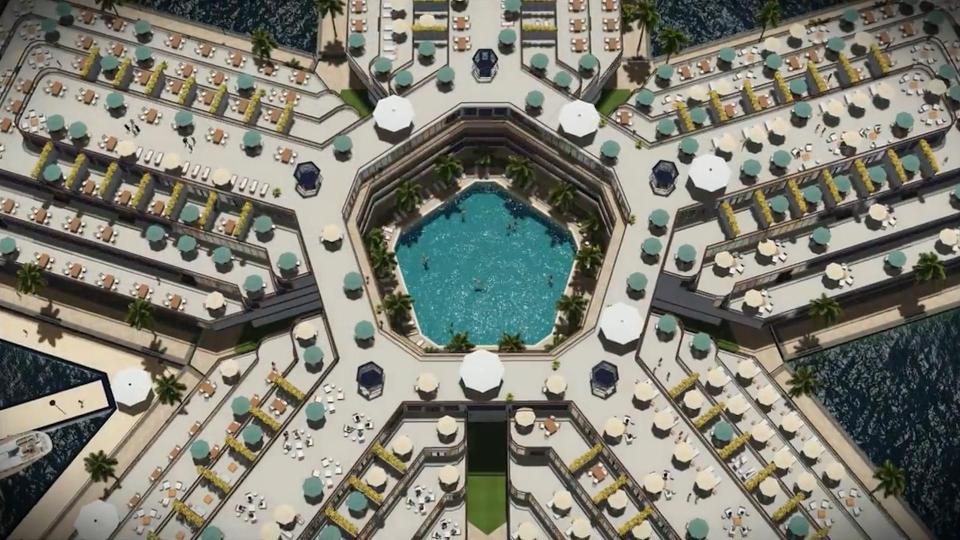 “If we can be behind a reef break, then we can design floating platforms that are sufficient for those waters at an affordable cost. We don’t have to start from scratch as this is a pilot project.

Randolph added that he was confident the project could benefit the French Polynesia’s economy – and draw in a fresh wave of tourism.

For more information on this concept, watch the video below: